At the time of writing this article, I happened to be watching the replay of "World Football" peerless double pride. There will never be a standard answer to the topic of Ronaldo and Messi, but I believe that every fan will have his own. answer. We in this era are fortunate after all, having the opportunity to witness the growth of the two greatest superstars in football history, and also our youth.

Xinchong card has been loved by more and more people, not only because it is close to the people, but also because it has a strong sense of age, and it also records a person from an unknown youth to a highly anticipated football Superstar process. A card, a memory.

In the last issue, I wrote a summary of Ronaldo’s letter worm card. In the era of peerless double pride, this issue brings you Messi.

Unlike Ronaldo, Messi belongs to South American players, and most South American teams do not have the habit of issuing official cards, so Messi’s career does not have an official card from the Football Association. However, at the club level, Barcelona is divided into two versions: a data card and a postcard. The data card can only be obtained by writing letters, which will be more rare. The postcard is divided into a standard photo and a sports version. It is the official version of the club and is relatively easy to obtain. .

Fifteen years ago, Barcelona issued an official profile card for the first time. There were a lot of responses at the time, and almost every one would give fans many signature cards. Although everyone wanted Ronaldinho's signature card at the time, Messi also received a lot of attention as a super rookie. In my impression, I saw someone received Messi’s data card, but I discussed it with several Barcelona collectors later, and they said they had never seen it. Since it happened fifteen years ago, I am not very sure, so I can draw a question mark if there is a data card issued this season. Another point worth mentioning is that the size of the reply card of this data card is similar to an 8-inch strip card, but a second version appeared later, a 6-inch strip card.

This year, Barcelona did not issue a data card, and produced a 7-inch postcard, which can also be said to be Messi’s first official card. Most of these postcards have signatures. As many players have different signatures in the early stages of becoming famous, the authenticity of the signatures cannot be verified. However, as a collection of editions, this version still has a certain collection value. 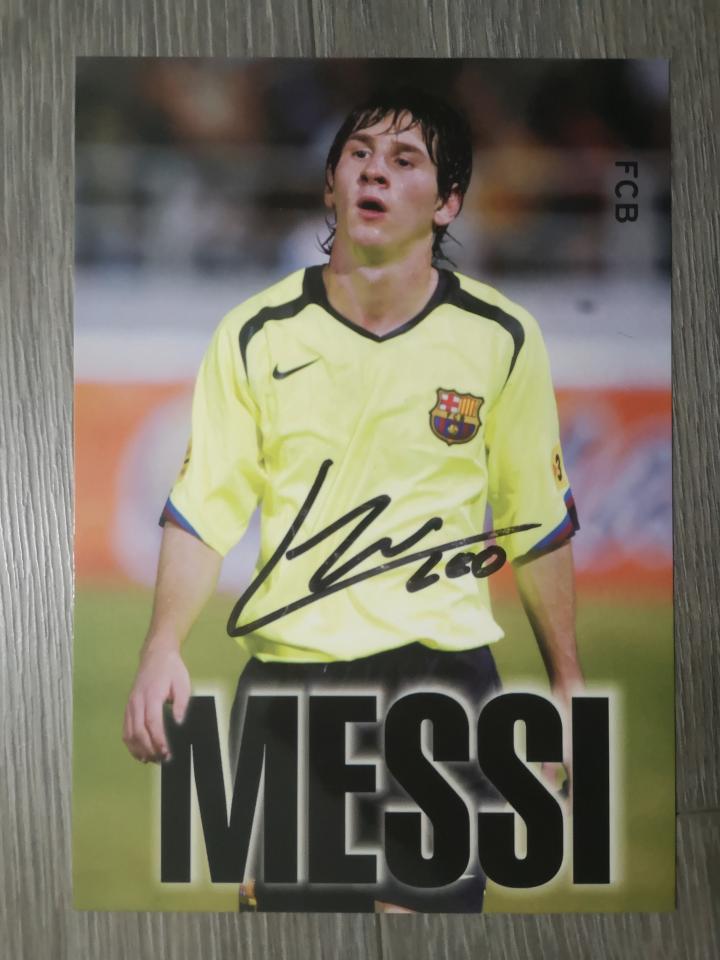 Since the beginning of this season, Barcelona has maintained the habit of an official profile card every year until today. This data card is a standard 6-inch, and it is also Messi's first data card.

Also at the beginning of this season, Barcelona issued the first standard photo postcard for Messi. This season, Barcelona issued this black-and-white background information card for Messi, the size is standard 6 inches.

At the same time, there is also a 6-inch postcard with a standard photo. The rarity of this postcard is even more than that of the data card. I have only seen it once in more than ten years. 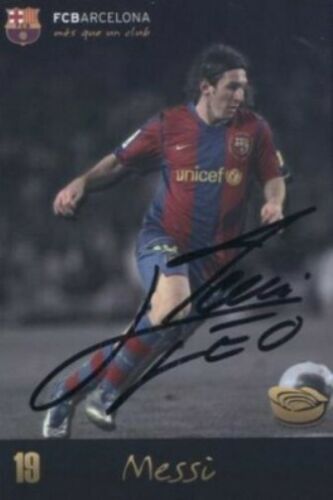 This season, there are very few data cards or postcards. I have seen these two cards once in so many years, and the other party only accepts exchange. In order to collect Messi’s collection, they had to exchange other rare cards. But the result is always good. This is the case with collecting. Of course it is better to solve it with money. If you can't solve it, you must cut love in time. Once you miss some cards, you may not encounter them again for ten years.

In addition, according to normal thinking, this season should also be a standard photo postcard for Messi, but I have never seen it. Among the early Messi data cards, this one has the most outflow, and there are two kinds of black pen and silver pen signatures.

Like the 08-09 season, there should be postcards with standard photos this season, but I haven't had a chance to see them. In the early years, Barcelona was a letter-writing black hole, basically there was no return. This season is the last year of that black hole era.

This version of the data card is also a rare version, but relatively postcards are better to collect. 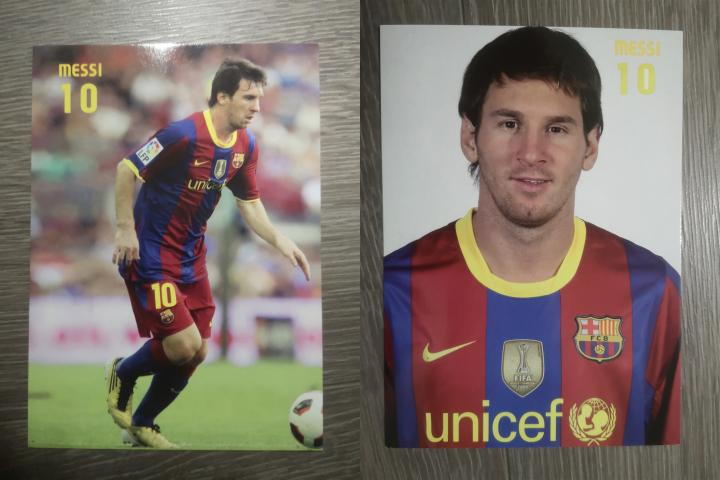 At the beginning of this season, you can see Barcelona reply to Chinese fans, although the number is still very small, but more and more information cards began to appear. At the same time, some players personally began to reply, but Messi's data card is still the most in demand and the least in number. 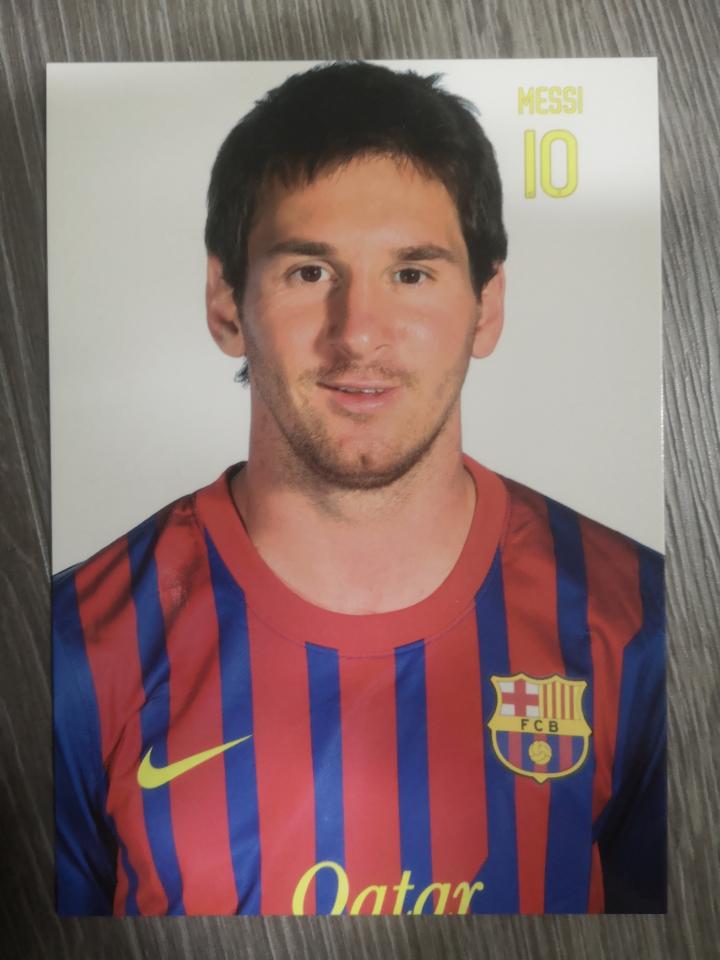 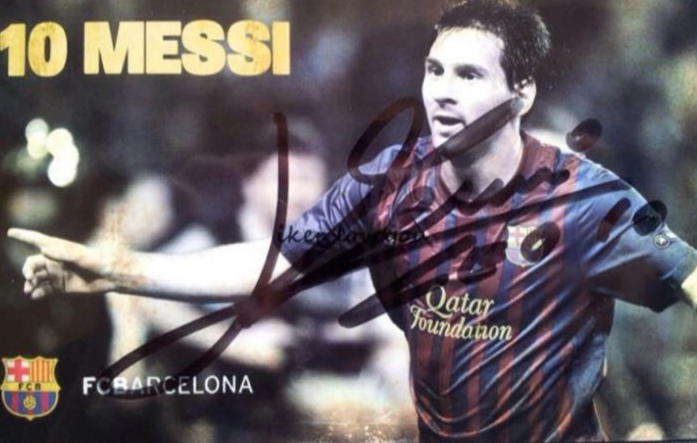 This season, Barcelona’s replies have begun to increase, and basically anyone who can receive a reply will have a Messi signature data card. Because of this, Messi's data card is also the most common one in Barcelona this year. 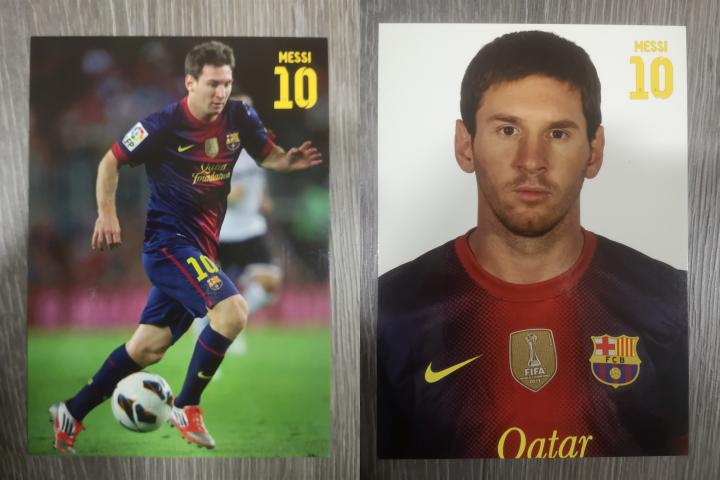 Same as last season, this season's data card is also divided into two versions, signed and signed, but the response rate is slightly lower than last season.

With more and more purchasing agents joining, the price of postcards has continued to fall and maintained at a relatively stable price.

For fans of Barcelona, ​​this is a happy season, because it is the season with the highest response rate in the club's history. Barcelona’s data cards are all printed, and you can basically write them back. It’s not difficult for a fan to collect more than a dozen Barcelona players’ data cards.

At the same time, the most postcards were issued this season, and there are still a lot to be found on the market today.

Two years of large-scale reply, let the majority of believers have an addiction. Such a large number of replies also caused the previous data card to drop some prices, causing many people to mistakenly believe that the data card is like a postcard. Since the beginning of this season, Barcelona has gradually returned to the high cold. Although there are responses, the response rate has plummeted.

The postcard still maintains a high circulation, and it is still available in the sports version and the half-length standard photo.

If the 17-18 season is the process of returning to the high cold, then Barcelona this season has begun to completely cold. After a season, I haven't seen more than 5 people receive a reply, and the data card has once again become difficult to find.